A recent line fo code spotted by WabetaInfo has shown that Facebook is working on allowing Whatsapp & Messenger to communicate with each other, Is this a Facebook WhatsApp Merger?

An important note to make here is that WhatsApp has long be concerned with the privacy of users. When Facebook purchased WhatsApp back in 2014 this was a major worry for many users s Facebook hasn’t had the best policies on data privacy in the past.

Brian Acton, a co-founder of WhatsApp even stated in an interview with CBS that he struggles with the fact that he “sold user privacy” to Facebook back in 2014. But aren’t Meseenger & Facebook identical you might say?

We don’t think Facebook will break the end-to-end encryption that Whatsapp currently uses, as they would risk losing millions of users over to more secure messaging app such as Signal.

If Facebook were to merge the messaging platforms in future they would only have to manage one platform, which would save them major $$$.

For businesses, this would mean a few less messaging platforms to worry about, plus the great features of Facebook messenger across more platforms.

For users of Facebook’s platforms, knowing that Facebook runs so many different platforms isn’t always know to the user. Many user say they don’t use Facebook but spend hours a day on Instagram & Messenger.

For the user merging these messaging apps shouldn’t impact on the social media platforms they like to use, a Instagram-Facebook merger isn’t going to happen anytime soon. However, merging the messaging apps would be. a great convenience to many, and would allow them to message all of their friends from one place, without swapping apps.

Get updates and learn from the best 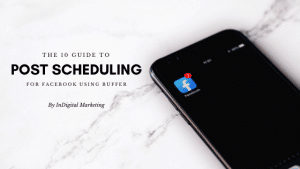 Knowing how to schedule Facebook posts can save you so much time when you’re running a busy Facebook page. You can schedule weeks of content and pick the best times.

Want news direct to your inbox?